It keeps us healthy, alive and sane-- we're talking about water. It is no secret that hydration is key to a healthy lifestyle. As a general rule of thumb, you should drink half of your weight in ounces each day (for example: if you weight 150 pounds, you should be drinking about 75 ounces of water). It sounds easy, right?

We'll be the first to admit, carrying around a water bottle and staying hydrated throughout the day is mundane. However, within the last two years we have seen glass water bottles become a trend among the celebrities. Brands such as Blue Bottle Love are making appearances in magazines, tabloids, and yoga studios across the world. So, what's with the blue bottle craze? 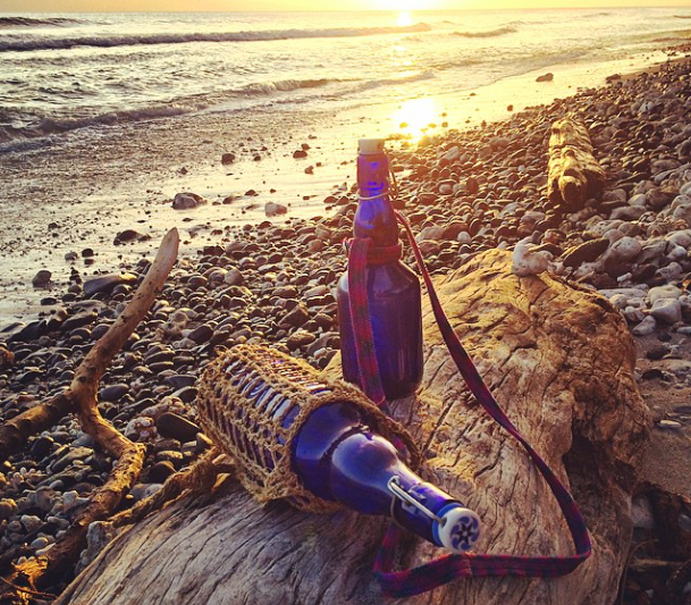 The blue bottles' deep royal color resembles that of the fifth Chakra, the throat Chakra, and therefore is said to support areas surrounding the teeth, ears and vocal cords. The fifth Chakra is seen as one of the most challenging, because it serves as the crossroads between the head and the heart. In order to help clear this area and enable self-expression, many have adopted Blue Solar Water to replace classic aqua.

The idea behind Blue Solar Water is to fill a blue, glass bottle with water and leave it in the sunlight for a couple of hours (the name says it all). The longer the glass-bottle and water duo is left in the sun, the more positive energy. Aside from the obvious health benefits of water, this special potion is believed to be extra-soothing and regenerating. The refreshing and stress-free vibes from the Blue Solar Water allow your fifth Chakra to shine, guiding your communication and allowing your creativity to flourish.

Incase you still aren't convinced, celebrities like Gisele Bundchen have been caught leaving studios with blue bottles in-hand. So at the very least, we're all about adding the blue bottle to our list of must-have accessories.

20 Thoughts You Have During Your First Yoga Class