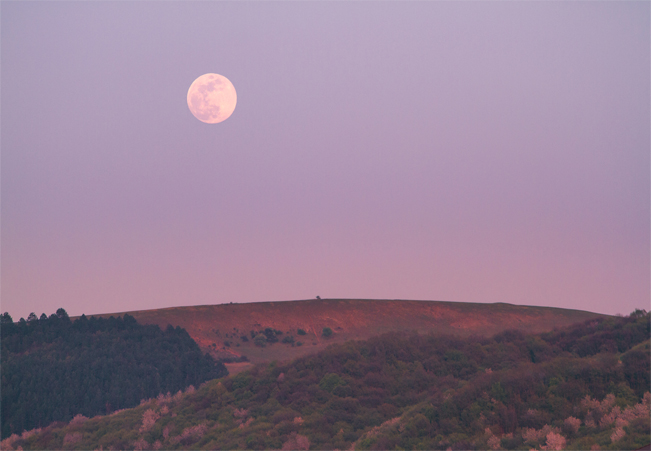 Full moons have played a significant role in humanity for thousands of years. Throughout time, civilizations have depended on lunar calendars in various ways. In ancient Native American cultures, the seasonal moons served as a tool for keeping track of each passing year and setting schedules for growing, harvesting, and hunting food. They gave each full moon a name to represent the weather and agriculture of every month. Here are the names and meanings of each month's full moon:

January: Wolf Moon 🐺
The name of this full moon was inspired by the howling, hungry wolves that cried out for food which was scarce during the cold and snowy winters. While this is the most common name, others include Old Moon, Ice Moon, and Moon After Yule.

February: Snow Moon ❄️
This name was created for obvious reasons: February's exceptionally cold weather and heavy snowfall. Because hunting becomes difficult during this time of year, some tribes called it the Hunger Moon. Another common name is the Storm Moon.

March: Worm Moon 🐛
At the time of this full moon, temperatures begin to warm and winter starts to melt away. Worm trails appear in the thawed ground, which gave rise to the name of this full moon. Sap also begins to flow during this time of year, so this full moon is also sometimes known as the Sap Moon. 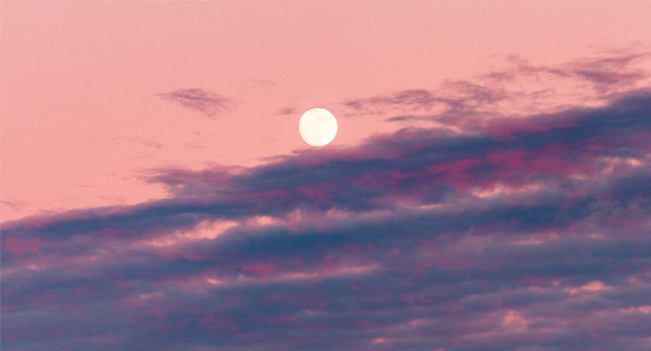 April: Pink Moon 💗
This name came from the sprouting pink moss and early blooming spring flowers. In other cultures, this moon is also known as the Sprouting Grass Moon, the Egg Moon, and the Fish Moon.

May: Flower Moon 🌸
The abundance of flowers during this month was the inspiration for this full moon. Some other tribes also referred to it as the Corn Planting Moon and the Milk Moon.

June: Strawberry Moon 🍓
This moon was named after the ripening strawberries that were ready for harvesting. Alternatively, some other cultures know it as the Rose Moon and the Hot Moon.

July: Buck Moon 🦌
July is typically when male deer begin to grow new antlers, hence the Native American name for this full moon. It's also known as Thunder Moon, due to July's frequent thunderstorms, as well asHay Moon due to the abundant hay that's harvested during the month.

August: Sturgeon Moon 🐟
This full moon was named by North American fishing tribes, who caught the sturgeon of the Great Lakes and Lake Champlain – found in abundance during this time. It's also called the Green Corn Moon and Red Moon because of its reddish hue during the summer haze. 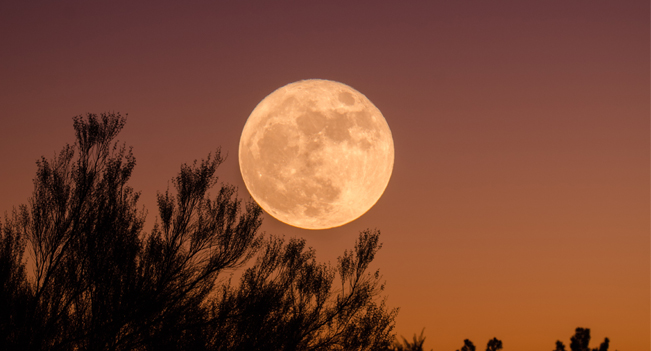 September: Harvest Moon 🌽
This full moon rises during the month of the autumn equinox, which marks the time when crops are gathered. The moon is particularly bright and early to rise, which gives farmers plenty of time to harvest. Other names for this full moon include the Corn Moon and the Barley Moon.

October: Hunter's Moon 🏹
This full moon was named after the preferred month to hunt. The Hunter's Moon is also particularly bright and lasts in the sky for a long time, which allows hunters to stalk their prey at night. Other names for this full moon include Travel Moon and Dying Grass Moon.

November: Beaver Moon 🧥
This was the time beaver traps were set for warm winter fur before things began to freeze over across the continent. It's also when beavers build their winter dams. Another name for this full moon is the Frost Moon.

December: Cold Moon 🥶
This may be one of the most self-explanatory full moon names. December is when the winter's cold grip fastens. Because the nights become dark and long, this full moon is also known by some tribes as the Long Nights Moon. 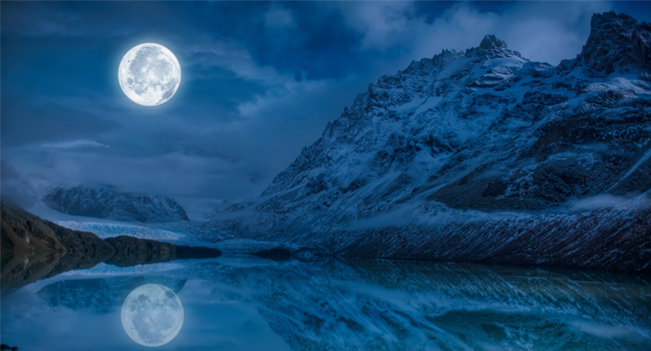 Do you have any other names for each seasonal moon? Let us know in the comments below!

How Your Moon Sign Can Help You Be Your Most Badass, Balanced Self