San Jose, CA (Dec 23, 2015) - EverydayYoga.com, one of the fastest-growing yoga retailers on the web, has been named to Internet Retailer magazine’s prestigious Hot 100 List for 2015. This year for the first time, the list recognizes online retailers across North America for their innovation as leaders in the e-commerce space rather than just being a design-led accolade. 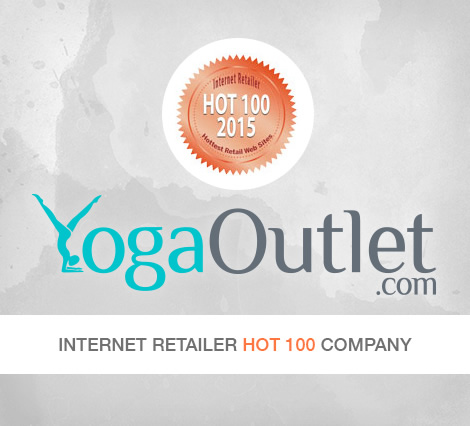 For the 2015 Hot 100 list, EverydayYoga.com was cited for its creative ability to incorporate videos, content and guides into its site and its curation of that process across offices, while also highlighting its refreshed and modern site design.

"As the leading multi-branded yoga site on the web, we really strive to push a comprehensive approach, offering all brands and product needs to accommodate the yoga lifestyle under one seamless shopping experience," said Puja Seth, Director for EverydayYoga.com. "We're really pleased to see our triple digit sales growth numbers and proud to be named to Internet Retailer's Hot 100 list for the first time especially under the new criteria of being an innovation leader."

After an initial beta period, EverydayYoga.com was formally launched just 2.5 years ago in spring 2013 and had a new look site debut in 2014.

"We design our store by assessing the needs and behavior of customers within the industry, and identifying gaps in the marketplace," adds Seth. "Our work is to implement categories and features that provide solutions to those gaps and produce a premier shopping experience."

EverydayYoga.com powers the official online store for YogaJournal.com, the leading source and No. 1 magazine for the yoga lifestyle and yoga news.

EverydayYoga.com's corporate sibling SwimOutlet.com, the biggest swim shop on the web, was named to the same Internet Retailer Hot 100 list in 2012 and has been among IR's Top 500 for five years running. Both sites are owned by Spiraledge, a Silicon Valley health and tech company.