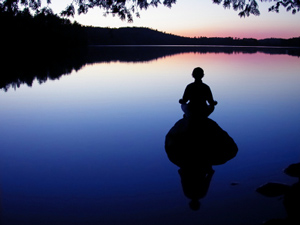 Yoga is a great way to gain strength and flexibility while decreasing stress. It's so much more than just exercise! Yoga is a 5,000-year-old system of disciplines designed to calm your mind and bring you peace and happiness. To accomplish this, the art and science of yoga includes lifestyle and behavior principles, philosophy, meditation, and breath work — in addition, of course, to physical exercise.

The very first two stages of yoga — the "yamas" and "niyamas" — focus on how you act in the world and how you act towards yourself, even before you begin to stretch and bend! It can be helpful to think of the yamas and niyamas as general "Dos and Don'ts." Unlike strict commandments, though, they're common sense guidelines designed to make you think about yourself and your actions. The steps of each yama and niyama are cumulative — each discipline prepares you for the next. Read on for a deeper exploration of each of the yamas and niyamas.

The Eight Limbs of Yoga

Around 150 BCE, the sage Patanjali outlined eight steps to living well in the classical Indian yoga text, the "Yoga Sutras." This eightfold path of yoga leads to self-realization through the unification of body, mind, and spirit. According to Patanjali, the eight limbs of yoga are:

Keeping your mind focused on balance and peace leads to a happier, healthier life. Yoga philosophy encourages you to discover your own truth and to not accept the world (or even yoga philosophy!) at face value. The yamas and niyamas provide a road map for your own truth-seeking.

The yamas (YAH-mahs) are codes of conduct or moral disciplines toward the outside world. The five yamas are:

Literally meaning "avoidance of violence," ahimsa (ah-HIM-sah) is the foundational yama of classical yoga. It is the principle of being non-harming in thought, word, and deed. This includes not harming other people, animals, the environment, and especially yourself! This discipline also encourages non-violent speech and acts, even toward things you dislike.

Literally meaning "truth," satya (SAHT-yah) is the principle of living with integrity. This refers to refraining from dishonesty and betrayal in thought, word, and deed. It is important to note, though, that non-harming (ahimsa) is still the most important principle. This can be helpful to remember if you're stuck between telling the truth, which could bring harm, and doing the best you can not to cause harm or violence.

Asteya (ah-STAY-uh), which literally means "non-stealing," is the principle of not taking that which is not given. Not only does this include material possessions, but also other people's time and energy. It allows you to turn your awareness to what you have, rather than to what you don't have. It also inspires you to not depend on others to provide time, energy, or possessions for yourself. Asteya encourages self-sufficiency.

One of the more controversial yamas, brahmacharya (brah-muh-CHAR-yuh) refers to the wise use and preservation of sexual energy. Ultimately, this principle does not necessarily mean "celibacy," but rather acting responsibly with your sexual energy, as a way to respect others and yourself. It also refers to controlling your energy in general, so as not to waste your spirit and vigor on superficial things.

The principle of non-possessiveness, aparigraha (ah-pah-ree-GRAH-hah) refers to the ability to let go. It encourages non-grasping, non-clinging, and non-attachment to possessions or even thoughts. Aparigraha teaches you not to fill your life with "stuff" (including extraneous worries!), but rather to take it easy and be happy with what you have.

They say that time changes things, but you actually have to change them yourself.

The niyamas (nee-YAH-mahs) are also codes of conduct for living, but these disciplines focus on how you treat yourself. The five niyamas are:

Literally meaning "purity," saucha (SOW-chah) is the principle of cleanliness. This refers to keeping good hygiene, but also to refraining from the impure or toxic in thought, word, or deed. Practicing internal cleanliness means avoiding egoism, gossip, and hurtful topics. Saucha also connotes a moderate, balanced, and healthy diet.

Santosha (san-TOE-shah) literally means "contentment." It is the practice of finding joy in your own life, rather than coveting a life you do not have. It does not, however, refer to complacency. Giving up your dreams or allowing yourself to be taken advantage of is not the practice of santosha! Instead, this principle refers to an acceptance of the present moment — perhaps with a generous amount of patience. By finding peace in any circumstance, you begin to learn that every challenge is an opportunity for growth.

Literally meaning "heat," tapas (TAH-pahs) refers to self-control of your energy, through which you "burn away" impurities. This requires restraint, austerity, and hard work. When the extraneous is gone, your true energy can come forth. On your yoga mat, tapas can mean working with your "edge" in difficult poses — but it can also mean fully committing yourself to your practice. When you are inspired, focused, and "fired up," tapas is at work.

Literally meaning "self-study," svadhyaya (svahd-YAH-yah) requires contemplation and self-reflection as you inquire into your own nature. By turning your awareness within, you begin to realize the deeper meaning of your life, your purpose, and your spiritual path.

The final niyama, ishvara pranidhana (ISH-vah-rah prah-nee-DAHN-uh) is the practice of yielding to a higher power or to your higher-self. This practice encourages modesty and humility, as it acknowledges the existence of a greater force in the universe. It doesn't matter whether you refer to this power as "God," "Goddess," "Creator," "Source," "infinite spirit," "universal life force," or any other term. Ishvara pranidhana teaches you that surrendering to the guidance of this force will bring peace and understanding to your life.

A Road Map for Life

The yamas and niyamas are the foundation for a meaningful and life-changing yoga path. Living according to these principles brings peace, joy, and understanding to your world. Your compassion and awareness will grow, and your yoga practice will flourish. As you begin incorporating the yamas and niyamas into your everyday life, prepare for positive changes!

The Benefits of Yoga