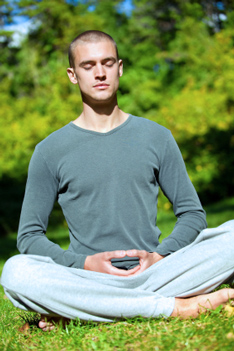 Kundalini Yoga is an ancient practice that has many benefits for modern practitioners. Though it may seem shrouded in mysticism, the technique is available to anyone seeking a more spiritually-based yoga practice. Yoga practitioners who are curious about deeper self-awareness might be particularly interested in learning more about the methods of Kundalini Yoga.

The Mother of All Yogas

Kundalini Yoga has a history and tradition that reaches back several thousand years. Read on for more information on the basics of this ancient practice.

The Meaning of Kundalini

Kundalini Yoga is a discipline that includes physical exercises and meditation. It is sometimes referred to as the "mother of all yogas," because its practitioners find that its results come more quickly and more powerfully than any other type of yoga. But it is more commonly called the "yoga of awareness," due to increased feelings of awakened consciousness for those who practice.

Kundalini Yoga includes postures (otherwise known as "asanas") and breathing exercises (known as  "pranayama") typical to a Hatha Yoga class, but with a strong emphasis on the subtle body. The subtle body, also known as the "light body” or "spiritual body," is believed to be composed of energetic layers or energy fields that surround the human physical body. These interconnected metaphysical layers create the body's aura, or electromagnetic field. In yoga, the energetic focal points (known as "chakras") of the subtle body are connected by a series of channels (otherwise known as "nadis") that carry the life force energy (also known as "prana").

The word "Kundalini" translates as "coil." This refers to the divine cosmic energy, envisioned as a sleeping serpent that lies dormant at the base of the spine. Kundalini Yoga encourages the awakening of this energy. Once activated, this life force travels through the chakras and connects with prana, leading to self-realization and enlightenment. When Kundalini energy is awakened, union between mind, body, and spirit can be achieved.

Kundalini Yoga is an ancient practice that is said to have been developed over 50,000 years ago by "rishis," meaning "seers," in India and Tibet. Through thousands of years, these wise teachers established a blend of movement, posture, sound, and breathing to activate and awaken various parts of the body and brain. This awakening produces specific results, including physiological, emotional, and spiritual healing and growth.

For thousands of years, the practice of Kundalini Yoga was kept secret. All information and technique was verbally passed down from teacher to student, and remained primarily outside of the West. In 1969, a guru named Yogi Bhajan finally brought the teachings of Kundalini Yoga to the United States, where he founded the Healthy, Happy, Holy Organization (3HO). His intent was to spread the word about Kundalini Yoga to anyone who wanted to learn. He believed that all people should have access to the practice, wisdom, and benefits of Kundalini Yoga.

Although a Kundalini Yoga class might initially resemble a typical Hatha Yoga class with asana and meditation, the practice includes a variety of other elements to encourage the awakening of the Kundalini energy. These elements include:

The asanas practiced in Kundalini are typically not very difficult and are suitable for beginners. However, when combined with the other elements, the practice can be intense and challenging.

The mind is given to you. You are not given to the mind.

The intent of Kundalini Yoga is to awaken the energy that lies dormant at the base of the spine. Often represented as a coiled, sleeping serpent, this energy resides in the first chakra. As the force is activated, it travels up the spine through each of the seven chakras until it reaches the seventh chakra at the crown of the head. It is believed that full enlightenment is achieved when this energy reaches the crown chakra.

In traditional Indian medicine and spiritual science, the chakras are connected by a series of channels called "nadis," through which the energies of the subtle body flow. The central nadi, called the "sushumna," connects the base of the spine to the crown of the head. This is the pathway for the awakened Kundalini. The spine is the physical counterpart for the sushumna as a spiritual channel. Kundalini Yoga focuses on flexibility, alignment, and unity of the spine so the sushumna can remain unblocked. The combination of asana, pranayama, and bandha in a Kundalini Yoga practice helps to cleanse and restore the Kundalini energy as it circulates and rises. 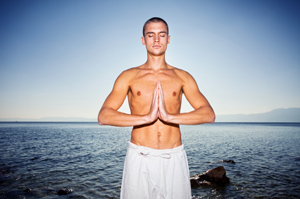 Some Kundalini practitioners say the awakening brings pure joy, pure knowledge, and pure love. It is believed to be the highest yogic manifestation of union between body, mind, and spirit.

Focusing on the flexibility of the spine allows for the proper flow of prana and Kundalini. Practitioners believe that if this channel is blocked, the lack of flow creates physical disease, emotional instability, and stunted spiritual growth. Keeping the energy flowing can provide a world of physiological, emotional, and spiritual benefits.

Some of these benefits include:

The benefits of Kundalini Yoga typically appear very fast. Many practitioners say they feel the benefits within minutes. The practice is available to everyone, no matter what your current level of physical fitness. As some say, if you can breathe, you can practice Kundalini Yoga!

Ingredients for a Kundalini Yoga Practice

Unlike some types of yoga, Kundalini has no levels. Students practice together in a group or alone. There is no experience necessary to begin a practice, and no emphasis on perfecting asanas. Instead, the most important part is breathing and mental focus.

The typical components of a Kundalini Yoga practice include:

In Kundalini Yoga the most important thing is your experience. It goes right to your heart. No words can replace your experience. Your mind may accept the words or it may not, but your consciousness will not accept just words.

A typical practice will start with a meditation and warm-up to begin linking breath with movement. This is followed by asanas and kriyas. The asanas are often the same poses typically used in a Hatha Yoga class, such as Downward-Facing Dog and Bow Pose. Kundalini Yoga may also include several less common asanas that are intended to open and stretch the spine.

Each kriya has a particular goal, such as cleansing the digestive organs, relieving stress, or strengthening the nervous system. The asanas and kriya may incorporate pranayama, bandhas, mudras, and drishti to attain their goals. Finally, the class will end with a resting pose and a closing mantra.

The tradition of Kundalini Yoga can bring about a deep connection between the practitioner's mind, body, and spirit. Physical health and emotional joy can bring forth a positive attitude that inspires others. For yoga practitioners seeking a path to greater awareness, Kundalini may be just the ticket.