Daily Deal: 30% off Beyond Yoga. Use code BEYOND. SHOP NOW 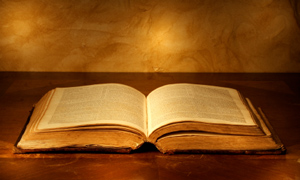 If you're interested in learning more about the lifestyle of devoted yogis, there are some texts that may help. These sources range from ancient holy scriptures that form the very basis of Hinduism all the way up to modern Cliff Notes summaries of yogi beliefs and practices, with language that is a bit more direct than the lyrical poetry found in many original texts.

To get the most complete understanding about true yogi living, check out most or all of the books in this guide; the best knowledge, after all, comes when you seek it yourself.

Dating back to approximately 1500-1000 BCE (the exact date is uncertain), the Vedas is comprised of several holy texts believed to have been revealed by divine forces to human ears, much like Revelations in the Bible. The Vedas is considered to be one of central texts in Hinduism and the Vedic era, providing the basis for the religion and, subsequently, the practice of yoga.

Contained in the collection of text called the Vedas are the Rigveda, Yajurveda, Sama-Veda, and Atharva-Veda.

The Rigveda is comprised of 1,028 hymns, which are further divided into ten books. The Yajurveda is a series of mantras designed to be a part of religious ceremony and tied into sacrifices and worship. The Sama-Veda adapted the verses of the Rigveda into liturgical music performed mostly by priests and holy persons, while the Atharva-Veda is comprised of both verses and prose, more theoretical and philosophical in nature than that seen in the other texts. The words in the Atharva-Veda serve less as structured worship and more for incantations and philosophical speculations.

Much like the Bible, the Upanishads (written in approximately 1500 B.C.) are foundational religious texts comprised of eleven principal books or texts that were written over the course of many years. Though there are many more Upanishads, the eleven recognized by the philosopher Shankara are most frequently canonized as essential reading.

The foundation of Hinduism is built within these eleven texts through elaborate outlines on the concept of the individual soul and the universal spirit. One of the core philosophies of yoga is also introduced—the relationship between teacher and student, and the giving of knowledge from one to another.

Written by Patanjali between 100 and 500 BCE, the Yoga Sutras are one of the earliest texts detailing the active physical practice and philosophical worship that comprise yoga.

The Yoga Sutras are divided into four books with a total of 196 aphorisms. Each book studies and discusses a different stage in the learning process, from the absorption of knowledge to the isolation and ascension of the enlightened.

The exact identity of Patanjali and the details of his life are not known, but his texts have survived for thousands of years; the Yoga Sutras remain universally recognized as the beginning of yoga as we now practice it in the modern world.

Meaning “Blessed Song of the Lord,” the Bhagavad Gita is one of the early foundational texts that provide the principles upon which Hinduism is based. It's written in verse, intended to be sung or chanted with rhythmic meter.

The Gita, as it is frequently known, is structured allegorically as a conversation between Krishna and Arjuna that takes place on the battlefield during war. Arjuna seeks guidance both morally and philosophically from Krishna, who is referred to as the Bhagavan (Divine One). Krishna enlightens Arjuna through allegories and anecdotes that come together to form the philosophy of Hinduism.

The Gita is likely the most famous of all Hindu religious texts. It is studied and revered worldwide for both its beautiful writing and its relatively revolutionary ways of thinking, all of which are still recognized in parts of the world today.

Easy Steps to Yoga was written in the late 1930s by Swami Sivananda, who later became the founder of what is known as Sivananda Yoga. It is essentially a guide on how to live the life of Hindu ancients and holy persons, detailing everything from the diet to the meditation process Sivananda religiously follows.

Easy Steps to Yoga also explains the goals of living a monastic life, as well as the benefits derived from its various practices and beliefs.

The Seven Spiritual Laws of Yoga 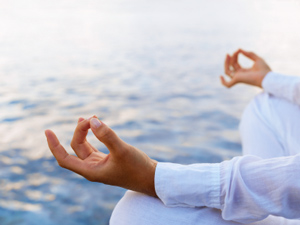 Authored by modern day guru and positive thinking revolutionary Deepak Chopra, The Seven Spiritual Laws of Yoga (2005) takes a modern philosophical approach to yoga and the lifestyle of its practitioners.

Chopra tries to explain the spiritual concepts of yoga as well as the earnest pursuit of nirvana that motivates its practice, stepping outside the bounds of ancient texts to reconcile them with modern culture. Chopra writes in a manner that is not commanding, but instead accompanying, as he explores the benefits of yoga and yoga philosophies.

The Essential Rumi contains translations of poems by the thirteenth century writer Rumi (1207-1273), who is most famous for his piece, “Say I Am You.”

The poems themselves function as more artistically-oriented companions to the philosophical writings of Hinduism. They attempt to discover the self and the divine in a manner that is lyrical and philosophical, yet wholly artistic.

There are many, many books detailing the principles and experiences of yoga—this list is merely a beginning. If you're interested in reading more, look for books that appeal to how you want to practice yoga, as well as those written by people who have insightful experiences to share.

How to Prepare for Inversions in Yoga

Things You Need for Yoga